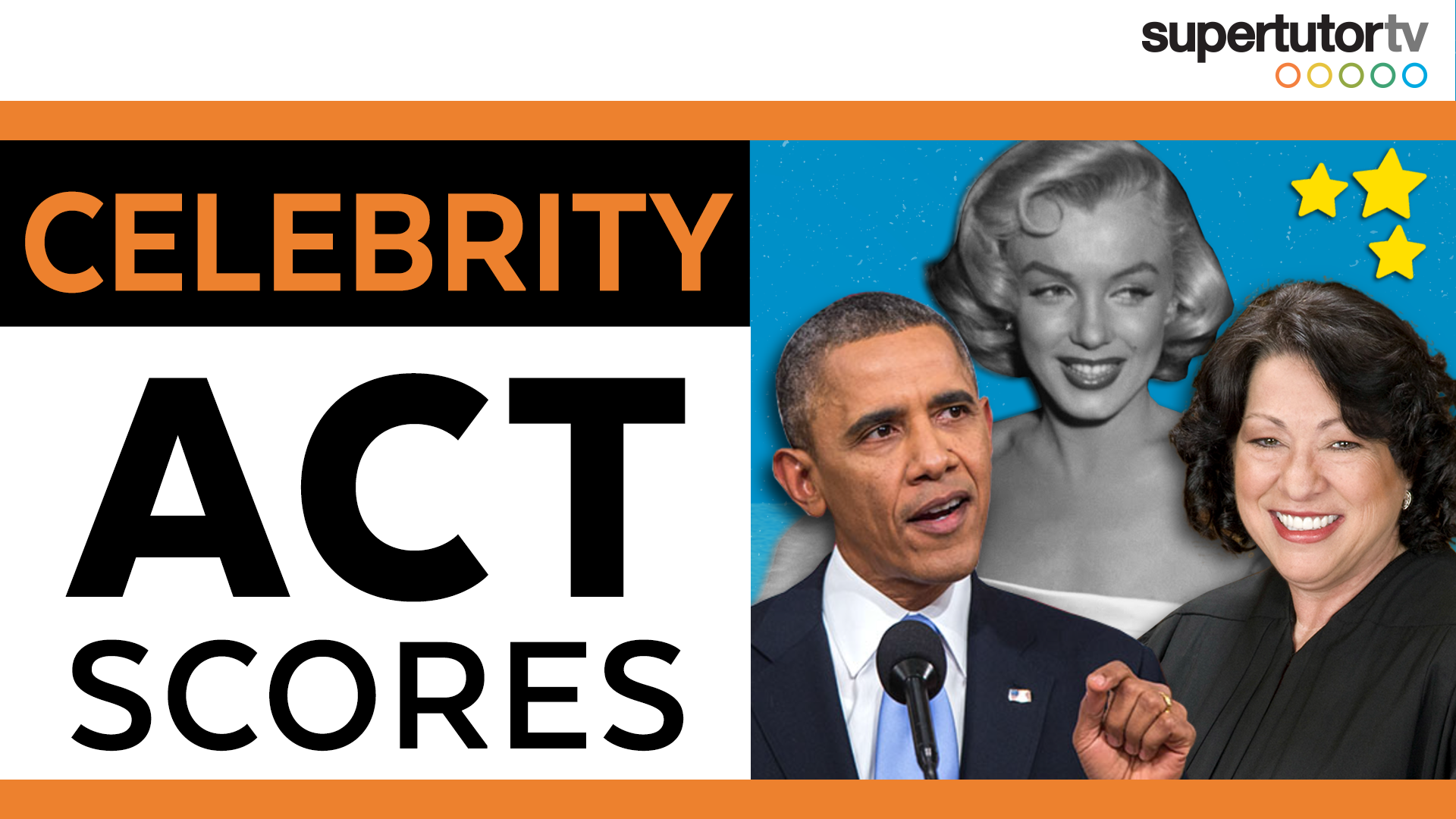 We recently wrote about notable SAT scores from celebrities, highlighting test scores from politicians, athletes, and movie stars. Some scores were predictable, while others were surprising. Now, we’re going to look at a handful of celebrity ACT scores, breaking them down by decent, great and awesome scores.

You can read here to learn more about what exactly is a good ACT score, and what score you’ll need to get into certain types of colleges.

But before we get to those scores, we’d like to highlight a couple of…

One of the lowest known celebrity ACT scores includes actress Marilyn Monroe scoring 21 on the exam. Even lower than her, however, is esteemed American author William Faulkner. Before becoming one of the most iconic authors in U.S. history, Faulkner scored a dismal 18, and never graduated from high school.

A decent score falls somewhere in the mid 20’s.  Known celebrity ACT scores that fall in this category include Lyndon B. Johnson, who scored a 26. The 36th President of the United States ended up attending Texas State University.

Great ACT scores come in around a 31 or 32. Steve Jobs, co-founder of Apple, scored a 32 on the ACT. Add that to Steve Wozniak’s 800 score on the math section of the SAT, and you can understand why Apple is as successful as it is today.

Former President of the United States Barack Obama scored a 30 on his way to attending Occidental college. After two years there, however, he transferred to Columbia University, where he graduated with a degree in political science.

Finally, awesome ACT scores include a 33 or above. In our previous post about celebrity SAT scores, singer-songwriter Kesha made the top tier. This time, it is fellow musician Waka Flocka Flame. Though the rapper opted not to go to college, he still scored a 34 on the ACT.

Also scoring a 34 was football player Matt Birk, who graduated from Harvard with a degree in economics. Birk enjoyed a successful professional career, winning a Super Bowl with the Ravens in 2012. He now works as the NFL Director of Football Development.

Scoring the highest of any high-profile figure on this list is current Associate Judge of the Supreme Court Sonia Sotomayor. The Princeton alum, who became the first Hispanic and Latina Justice, scored a near-perfect 35 on her exam.

Feeling like you need extra help studying for the ACT? Check out our online ACT course, and subscribe to our YouTube channel to receive awesome test prep and college admission tips!