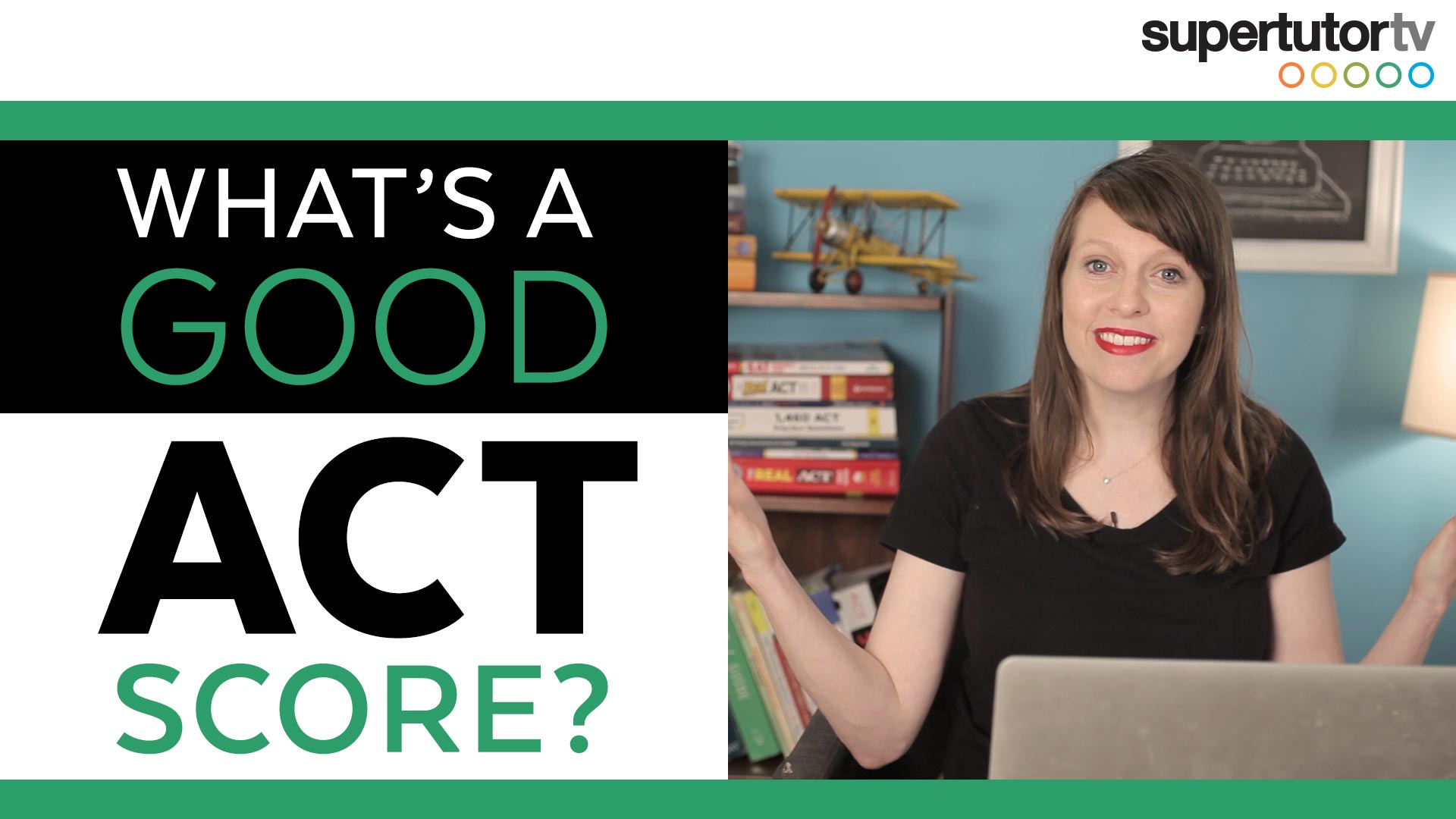 Are you preparing to take the ACT and wondering what score you need to get? Or did you get your score back and you just don’t know if it’s good or not? What is a good ACT score that can get you into the college of your dreams?

In the simplest terms, a good ACT score depends on what your goals are. Because everyone has different goals, what would be considered a good score for you might be different from someone who, for instance, has another career path in mind. In this post I’ll be discussing different “bands” of ACT scores and what kinds of colleges they can get you into, on average. These may also help you set your goals towards a specific group of schools you want to get into.

A note: test scores are only one part of the college application! They are not everything. The admissions committee looks at your grades, extracurricular activities, and essays. Some schools de-emphasize test scores, and there are some you can get accepted into with lower scores. Don’t get too preoccupied with these numbers; just think of them as target ranges to get into these kinds of schools.

The ACT is comprised of four sections: English, Reading, Math, and Science. Your composite ACT score is the average of all four sections, and it is scored from 1 to 36.

In 2016, the average ACT composite score was 20.8, which rounds up to 21. If you score above a 21, you’ve scored higher than half of all the students taking the test. I would say that this score is for a college-bound student looking to attend a local or regional four-year university. You want to be at least at the 50th percentile if your goal is just to get into college.

The following score category is based on the Top 100 – 200 schools from the National University Rankings in U.S. News & World Report. These include state universities and schools you’ve likely heard of, but are certainly not the most competitive schools. To get into these schools, your score should be about 24 or 25. While this score may not gain you admission into top tier schools, it will give you more options to state universities and public schools that do not have the most competitive state school programs.

If you’re looking to get into schools ranked 50th to 100th in the country, you’ll need to score around 27 or 28. This doesn’t necessarily mean that you won’t get in with a 25, it just depends on what school you’re looking at. You may also need higher scores like a 30 if other factors like your GPA are not as strong.

If you’re even more ambitious and want to attend one of the top 30 to 50 schools, your ACT score should be about 29. You can probably get in with a 27, if you’re lucky, but depending on the strength of the rest of your application, higher ACT scores can definitely help.

To get into even more competitive schools (ranked approximately 15th to 30th nationally), you’ll want to score about 31 or 32 to be considered at these colleges. As you move up the ranks, schools won’t only look at your test scores, so the rest of your application has to be equally as strong.

To get into the top 15 schools in the country, you’ll want to score a 33 or above to be a competitive applicant.

For the top 10 ranked schools, you’ll want to score a 34 or above, particularly in a highly competitive context.  If you come from a privileged background, an academically competitive demographic, or a school that sends many students to top universities, you will be held to a higher standard. A note: at this point in the list of colleges, there’s not much variation between score ranges of the top 5 schools and the top 15 schools.

Don’t be discouraged if your scores aren’t at this level!  You may be able to get into some of these schools with lower scores if you have other components in your application like a fantastic essay or an outstanding audition tape.

Ask yourself: what do you want to do and where do you want to go? Then, look up individual colleges and their average ACT scores. Doing this will help gauge what a good ACT score is to accomplish your goals.