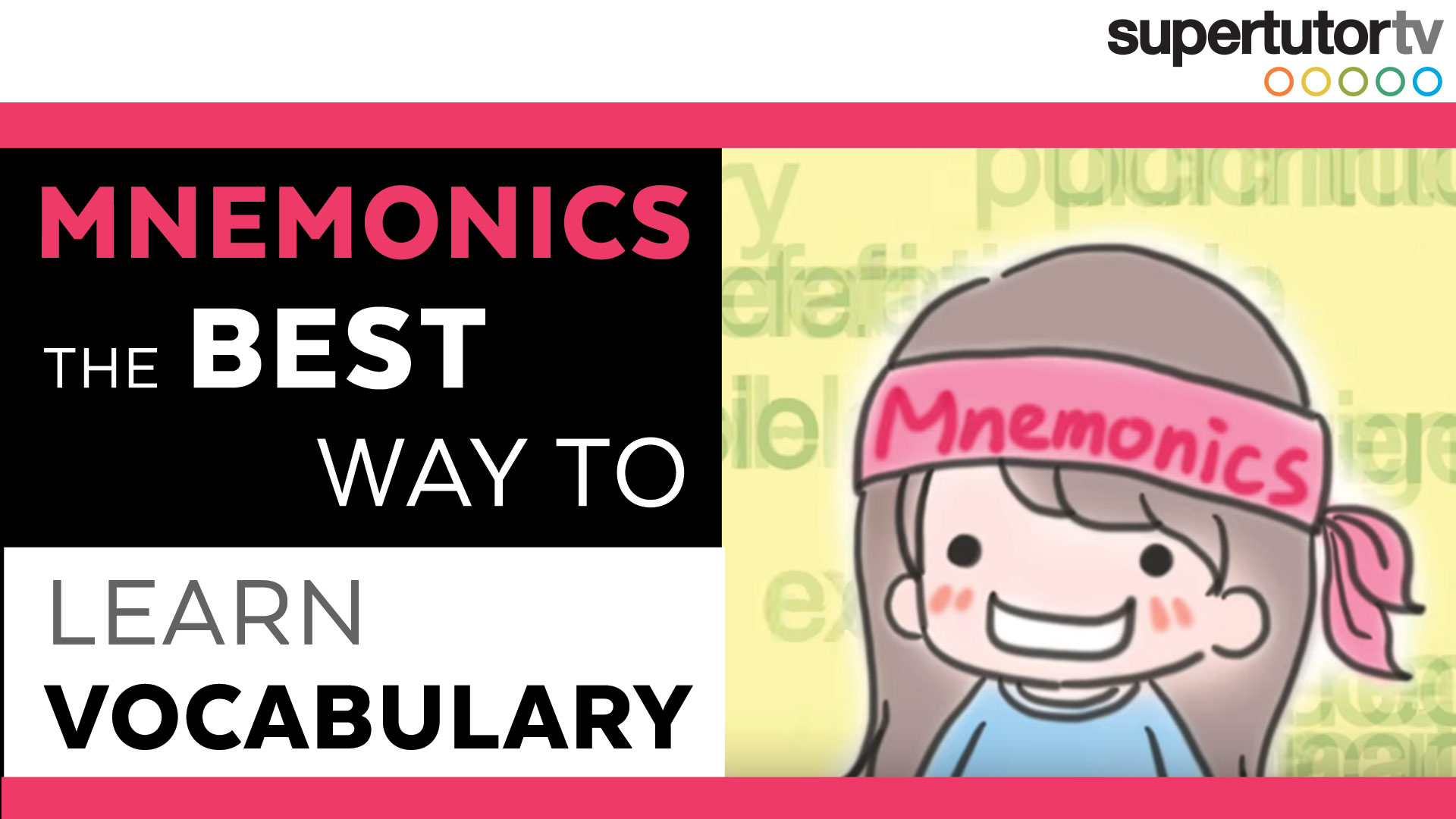 Within the world of mnemonics, there’s several principles that can help you. One of them is to try to find pieces of a word that are either based on roots, or that are related to other words that you know. That way, you can trigger your memory to come up with a bigger story than just a simple definition of the word itself.

For example, take the word truculent. It means violent or aggressive. Even if you don’t know this word, you can look at the word and say, “I know those first four letters, ‘truc,’ that sounds like truck.” And then think of monster truck rallies, where there are these trucks and they’re really big and mean looking, and they’re giant and they attack other trucks.

So I encourage you to come up with crazy visual images. Take apart the word, use a little piece of it as a clue for yourself to create a story and a bigger piece of information that your brain can remember.

One of the reasons that mnemonics work is that they are basically like a keychain. If you don’t have a keychain on your keys, it’s even easier to lose your keys. If you have multiple keys and put them on a big, fuzzy, noticeable keychain, they’re easier to find. And in that same way, when we insert information into our brains, we want to insert it along with other information so that it doesn’t get lost. Therefore, when we insert more information around that one piece of information, we’re creating a cluster of information that’s going to be a lot easier for our brains to remember.

Now, not all words are that convenient in terms of using mnemonics. Sometimes a word isn’t going to be long enough to pick very much out. Vex, for example, means to annoy. It’s tough because there’s nothing in “vex” that sounds like annoy, and it’s such a short word. So I just think of the fact that T-Rex kind of rhymes with vex, and then I think of Jar Jar Binks because he’s really annoying (and he looks like a lame futuristic dinosaur.) So if you can get from vex rhymes with T-Rex and Jar Jar Binks looks kind of like a T-Rex – or you can think of a T-Rex hanging out with Jar-Jar – you can come up with things that are random or out there. Whatever the word triggers for you, just use that image.

So it doesn’t really matter whether it’s a silly, visual story that you made up or whether it’s coming from the etymology, the route, or the context of where the word came from. Either way, you’re depositing more information in your brain so you can acquire that information more quickly.

The other reason that mnemonics can work really well is that oftentimes, mnemonics are visual. All of our systems of memory are not created alike. Our strongest memories are our visual memory and our spatial memory. For example, I want you to think of a friend that you hang out with. If I dropped you off at that friend’s front door, could you find their kitchen? Most students are able to say yes to this question, but what if I asked that student what was the last sentence, word for word, that you said to that friend when you were leaving?

Most of my students have no idea what that last sentence was because we understand spatial environments much more quickly and easily than we do word information. If we can engage our visual memory or spatial memory – if we can come up with some creative, ridiculous image that will be hard for our minds to put aside – it’s going to be a lot easier to learn the word.

There’s a TED talk on this by a guy named Josh Foer; he talks about creating mind palaces. There’s a mnemonic dictionary which can also help you.

Improve Your Grades in 5 Minutes WITHOUT STUDYING!

Why You Shouldn’t "Study"

Check out these related "Informational" posts

Best Books for The New SAT®

As a consistent SAT® perfect scorer and test prep expert, I find that the materials I work with significantly contribute […]

Are you in high school and are wondering how to put together a good college list? In this blog, we’ll […]

Presidential Candidate Andrew Yang (INTERVIEW): Why the Math Hat? Why 16-Year-Olds Should Vote?

In this blog we go over Brooke’s conversation with Michelle Cho, Co-founder of Gladeo.org, about the six career personality types. […]