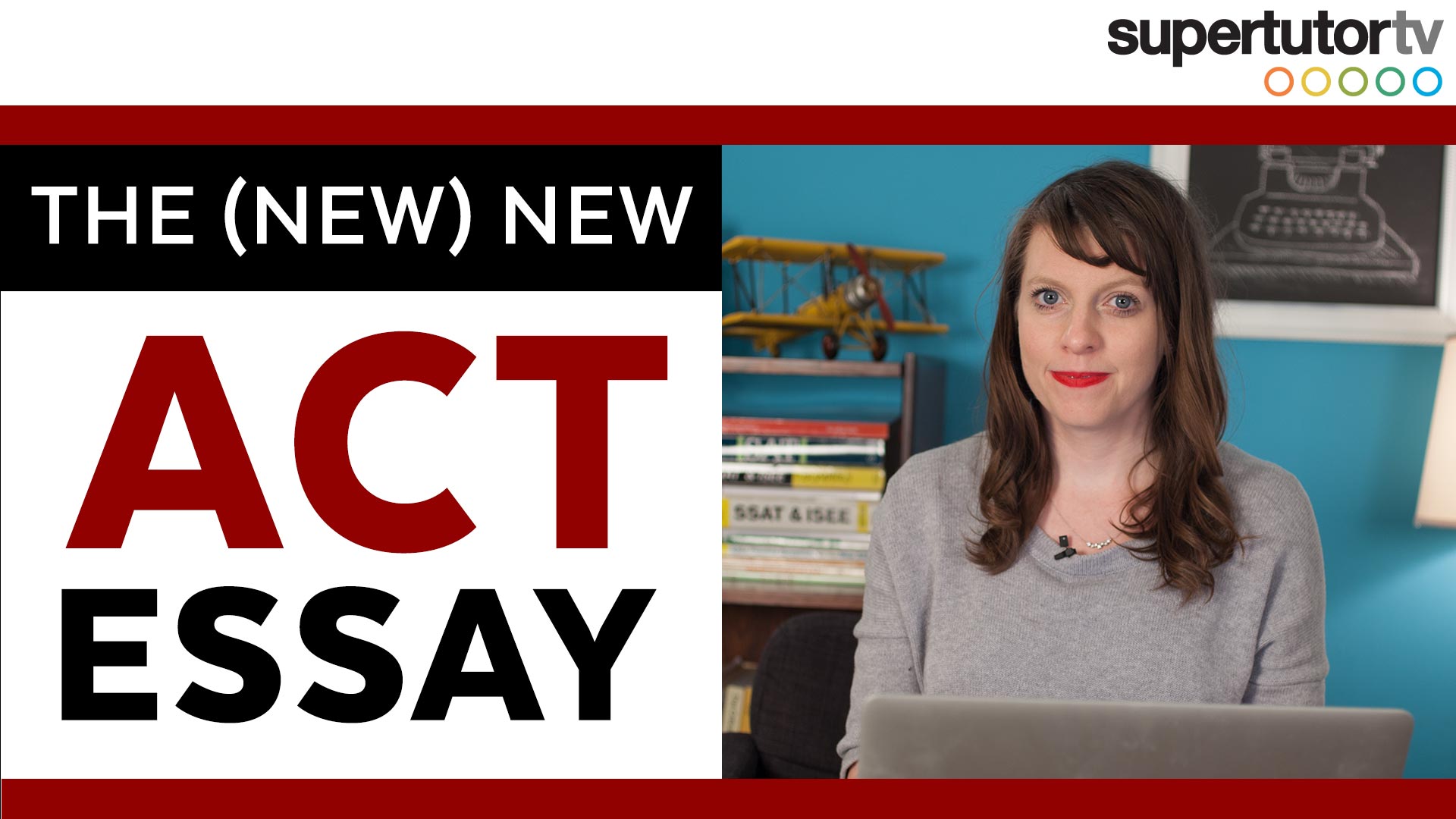 The new ACT Essay has changed, AGAIN! Last September (2015) the ACT introduced a new style of essay with three perspectives. Now again, starting this September (2016), there are even more changes to the ACT essay. Below I go over all the changes and give pointers on how to write a cohesive and interesting essay.

The biggest change to the essay is that it’s not going to be scored on a 36 point scale, but rather on a 12 point scale– a reversion to the old scoring scale– sort of. What does that mean? When the new “three perspectives” format was introduced in 2015, students got their scores back and were confused at how much their score, well, sucked. 8/12 didn’t sound so bad on the old (pre-2015) ACT essay.  But 24 or even 22 out of 36 sounded atrocious to many students (even though both would essentially be the same as an 8 out of 12).

Way back in 2014, the ACT scored the essay on a holistic scale — and that meant a ton of students ended up with one score– the same score– an 8.  ACT wanted to differentiate perhaps, hence the move to 36 points.  But the issue was that those scores looked much worse than every other section’s score (out of 36) and that freaked people out.  And those people complained.  And now things are changing — again.

What isn’t changing, though, is the move to RUBRIC over HOLISTIC scoring.

On the rubric scale you have four different categories that you’re graded on. They are Ideas and Analysis, Development and Support, Organization, and Language Use.

On the 2015 ACT essay, you could  get up to 6 points in each category from two different graders. The scores between both graders would then be added up (highest being 24 per grader, for a total of 48 points.) Those added up points would then be re-scaled to a 36-point scale. This would give you a score out of 36.  Confusing.

Now, the makers of the ACT decided to keep the four areas of rubric, but scrap the re-scaling part, and instead use the idea of averages.  You get up to 6 points in each of four areas from each grader– and those are averaged to a score out of six.  The averages out of six from the two graders are added together to give you a score out of 12.

Here’s the biggest change. In many ways the prompt will look identical to what was rolled out in 2015.  You’re still going to have three perspectives to deal with.  For 2016, though, the ACT has changed its policy on what the prompt is asking you to do. Last year, students were asked to respond to all three perspectives in the essay. Students are now only required to respond to at least one of the three. This allows them to better form a cohesive essay. This is HUGE!

Many students were spending too much time trying to analyze each of the three perspectives.  They didn’t have enough time to give their own perspective, or detail their point of view because there were too many ideas to keep up with. Students found it difficult to create a cohesive essay when they felt an obligation to address all of these different ideas– and ironically in trying to follow directions, these students ended up with worse essays.

My main tip is predominately based on the actual changing of the question. The ACT is really trying to help you guys out. They are letting students in on the big mistake everybody’s been making, and how to avoid it.

METHOD 1: When looking at these three perspectives, pick one that you resonate and agree with.

METHOD 2: Another option is to pick one perspective that you’re able to bounce your own ideas off of. You might only agree with half of the perspective.  For the other half come up with your own explanation or point of view. This is a great way to formulate a thesis, and can be used as an anchor to write a fantastic and interesting essay.

Click here to learn more about the ACT essay!

How to Self-Study for The ACT

How to Get a Perfect Score on the ACT: 10 Tips!

Why Is My ACT Essay Score So Low?