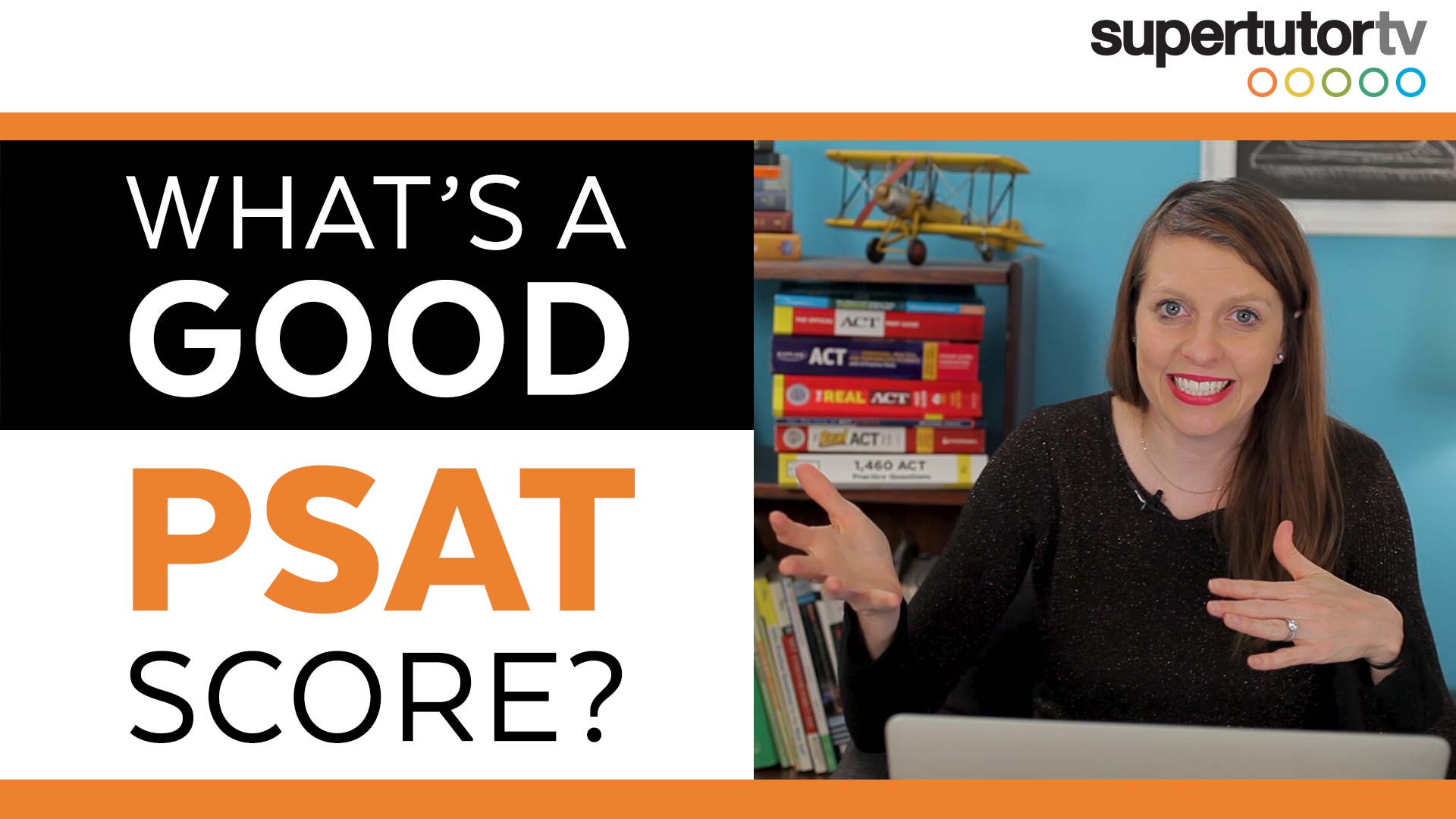 If you’re wondering what a good PSAT score is, read on.

With the advent of the latest PSAT, it can be a bit confusing– the test is out of 1520, but the SAT® is out of 1600?  How do the two compare? To answer that question, I’ve compiled this chart that matches the percentile from junior year PSAT takers to SAT® and ACT® users so you can get a predictive idea of what your PSAT score may translate to with a modest amount of prep (the SAT® and ACT® users are more likely to be further along in their students and to have prepped more to get to these percentiles than PSAT takers). In this blog, we’ll go in depth on what a good score looks like, and if you’re not plugged in, subscribe to our Youtube channel, because we’ll be UPDATING this information in a video NEXT WEEK (December 11th, 2018) when PSAT scores officially drop online.

Generally, in terms of what makes a good score:

A decent score meets the benchmark for the College Board (75% chance you won’t flunk out of any classes freshman year of college)– that lands typically at about the 50th percentile on these tests. For the PSAT that’s a 970 for juniors (510 Math / 460 Verbal) and a 910 for sophomores (480 Math / 430 Verbal). This kind of a score will get you into some four year colleges.

A good score on the PSAT would equate to around a 1200 on the SAT®- enough to get you into nationally recognized state universities (at least the less competitive ones) with moderately competitive admissions (40-70% of applicants accepted– ballpark). This equates to approximately the 75th percentile on the PSAT: 1150 for juniors or a 1050 for sophomores.

A very good score on the PSAT would equate to around a 1400 on the SAT®– enough to get you into a top 50 or competitive admissions school with admission rates in the 20-40% range — again this is ballpark. This is about the 95th percentile, or a 1350 on the PSAT for juniors or 1250 for sophomores.

An excellent PSAT score would be in the top 1% of test takers, enough to be commensurate with at least a 1500-1550 SAT® score. On the PSAT this would be between a 1460-1520 as a junior.  The upper range of this score band is enough to complete a strong application to top 10 or top 20 schools, with admission rates below 20%.

If you’re not happy with your PSAT score, the best thing to do now is to take a practice ACT® — if your ACT® score is higher than your PSAT, you might find prepping for that to be a better avenue to college admissions.  In any case good luck!

How to Skim: Tips to Increase Your Speed on the ACT® Reading Section!!

Are you taking the ACT® soon and are wondering how you can totally rock the reading section? In this blog, […]