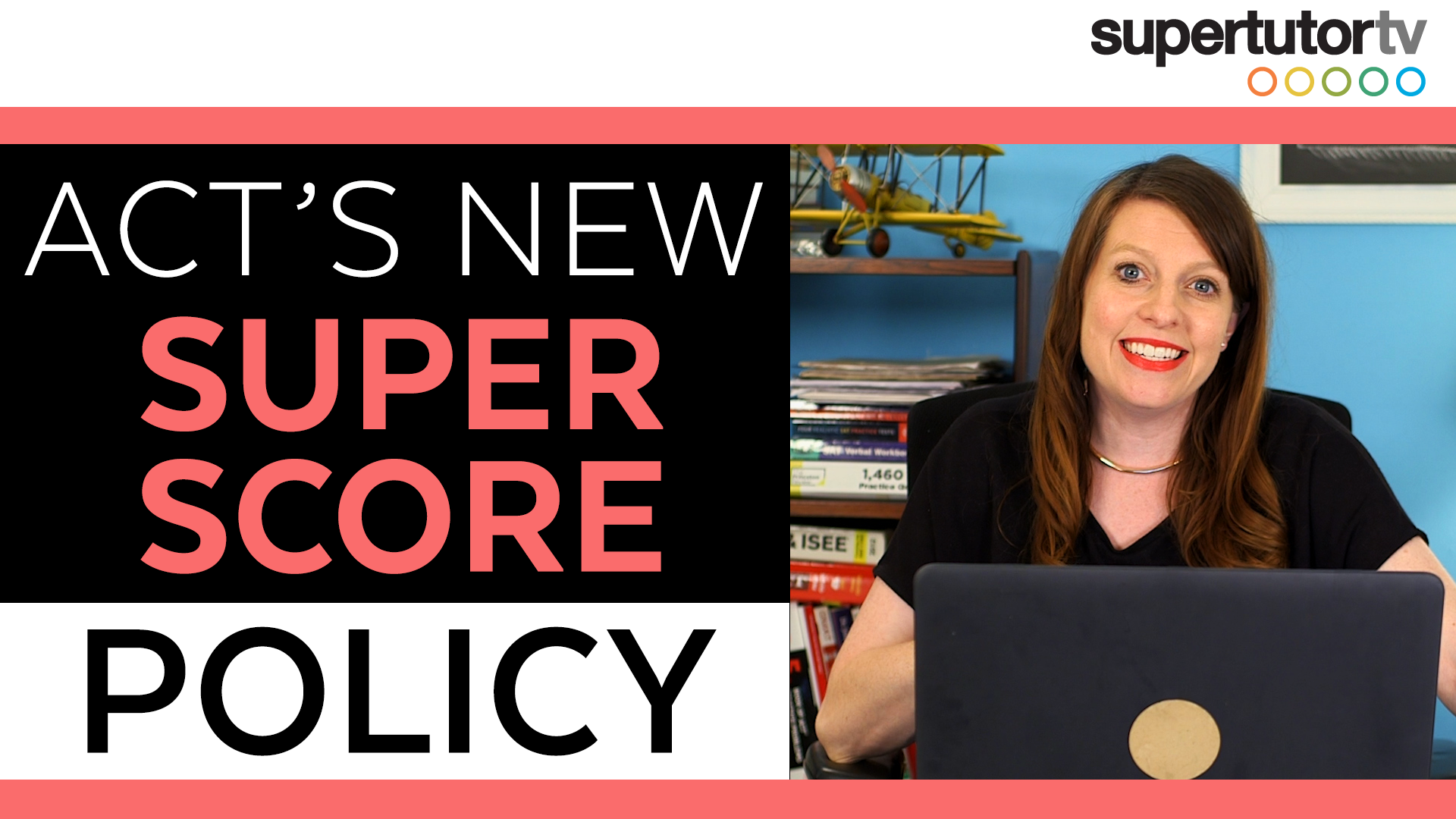 Have you heard the news that ACT® has announced a new superscore policy? In this blog, we’re going to go over that press release announcement and what it means for students.

If you aren’t familiar already with what a superscore is, it is a score where you take the highest individual section score from every individual sitting that you do of the ACT® and then averaging them together. The ACT® has four multiple choice sections: English, Math, Reading, and Science. All of those are scored on a scale of 36. In the past, many colleges have already independently calculated a superscore and they did this by just taking every single ACT® send that you gave them and then taking the highest scores from each of those sections to compile they’re own superscore. One of the new changes that ACT® has announced regarding this issue of superscoring is that they’re now going to be able to generate a superscore themselves and you will be able to ostensibly send the superscore to colleges.The other thing that ACT® is doing is that they are allowing students to retake individual subsections absent of the entire test. So long as you’ve already taken an entire sitting of the ACT®, where you take all four multiple choice sections and possibly the optional writing section, you will then be able to go back and retake a portion of the exam, but not whole exam, in case you want to improve your score in one area and not worry about the rest. Another change the ACT® also introduced is that they are rolling out the computer based version of the test widespread on national test dates in many locations. We recommend not to take the computer based test unless you have to. We have a couple of videos on this matter including a horror story with what happened with an international student and a walk-through of the computer exam itself.These changes begin being implemented in September 2020.

What does this mean? At first, if you’ve ever taken the ACT® and know you have to retake it then it’s a huge sigh of relief because you won’t have to sit through the entire exam. But even before that point, none of this means anything unless your school accepts superscoring. That being said, who ever superscored in the past may still want to calculate the superscore themselves and there’s no telling how colleges are going to respond. ACT® has claimed that they’re doing this because of data because data shows that superscores are more predictive of your performance at college than a single snapshot of a single day and time. While that data may be true and correct, that doesn’t mean schools are going to change their policies. Here is a list of schools that superscore:

These changes can especially help people who have mental fatigue issues. When you can just retake a specific question then you don’t have to be mentally exhausted sitting through 4+ hours of test.

These changes are going to potentially produce more inflated ACT® (super)scores. It’s going to be easier to retake the test so more people are going to do it and result with more people with higher scores. Schools will then raise their score expectancy and become more competitive. This could also create a greater emphasis on prep and it’s also going to advantage anybody who has the time, money, and resources to prep. When you can drill into one or two sections at a time, anybody who is prepping is going to have an advantage. This can be disappointing for some people who see standardized tests as exacerbating the achievement gap. Some have criticized this as something that favors the wealthy and making it much harder for them to compete.

How to Skim: Tips to Increase Your Speed on the ACT® Reading Section!!

Are you taking the ACT® soon and are wondering how you can totally rock the reading section? In this blog, […]